Weed wealth — from the sea

Lunch today had a new flavour, though it was difficult to pin down. A taste of the sea was suggested, but I didn’t get it. All that was reaching my taste buds was nutty homemade bread. The meat with it was good, too, as was the mixed salad.

Not sure how I expected seaweed to taste, but with my new book, The Seaweed Cage, raising my awareness to mentions of seaweed in the media, I had followed up on a recent article. This explained that seaweed is not only a nutritious alternative to salt but also a natural flavour enhancer rich in minerals, vitamins and trace elements. Indeed, it’s considered the most highly mineralized vegetable on earth, providing minerals often absent from crops grown on mineral-depleted soils.

Some months ago as part of my seaweed research, prompted by the fascination of a character with seaweeds and their different uses, I bought some — well, quite a lot, in fact, as Costco was selling a pack of ten packets of Korean roasted, seasoned seaweed. To date we hadn’t used the stuff as we were unsure what to do with it. 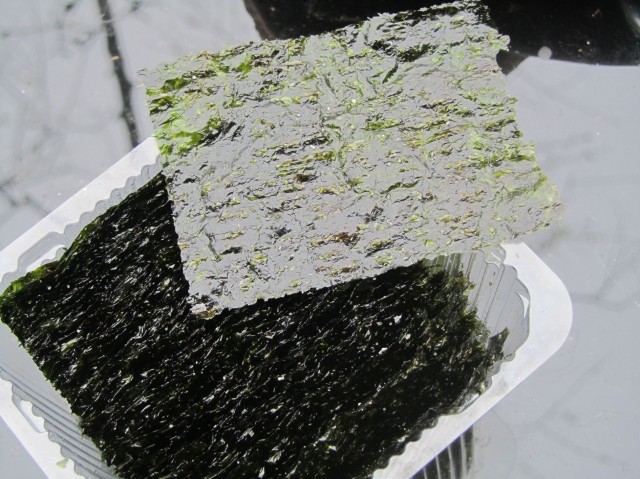 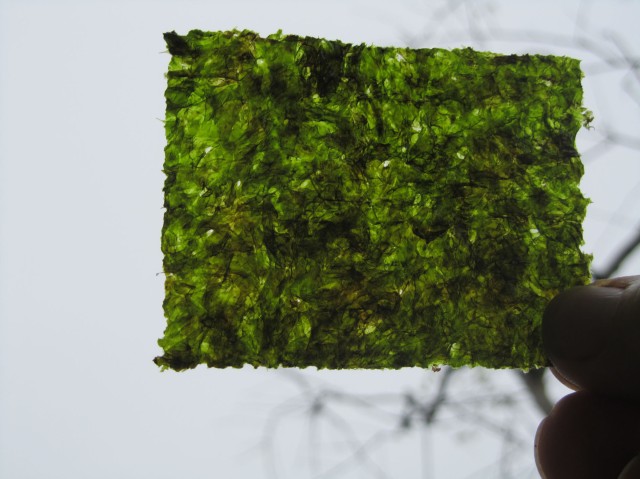 Having read this article, and noted more recipes, husband who is our in-house breadmaker, sprinkled some sheets into this morning’s loaf, with additional sheets spread on top for good measure. It was this loaf we were enjoying at lunchtime.

The company mentioned in the article, Mara, is a Scottish one, and along with Otter Ferry Fish Farm and the Scottish Association of Marine Science, they have won a grant for a seaweed farming project from a new Government fund to promote innovation in agriculture. This new project means the seaweed Mara uses can be picked 12 months of the year.

WE’ve ten of these packets, so welcome suggestions for the seaweed’s use.

The seaweeds Mara sources are from the shores of Ireland and from around Scotland where the clear, cold waters are renowned for premium quality seafood, including seaweed. According to Mara, the quality of our wild seaweed is incredibly good, in fact, “we have seaweed wealth.” http://www.maraseaweed.com

Described as a superfood, seaweed is not new to our Scottish shores, merely forgotten. From prehistoric times until the 20th century, it was a staple part of the diet for Scots who lived in coastal areas. Dulse-wives are said to have been a well-known sight, similar to the women who sold herring, sitting on stools with their creels (large baskets) of dulse beside them, tempting the public to buy their wares.

Surprisingly, my Meg Dods’ Cookery of 1864 doesn’t mention seaweed, but Marian McNeill’s The Scots Kitchen tells of seaweed being eaten in various parts of Scotland, especially the islands, and gives a number of recipes: Sea Tangle; Dulse Fish; Sloke Jelly and Sloke Sauce (said to be especially good with roast mutton); Slokan; Seaweed Soup; and Carrageen Mould with options for adding Seville oranges to flavour it, and a carrageen drink, both of which are recommended for invalids and convalescents.

Today, far from seaweed being a food in times of illness, it will be those seeking healthly lifestyles, concerned by the sustainability of items we eat and use, who will be reacquainting themselves with an out of favour food in place of the junk that has usurped good nutritious fare.

I am me. What do I like? Colour Shapes Textures Paintings, photographs, sculptures, woven tapestries, wonderful materials. The love of materials probably comes from my father who was a textile buyer, and I grew up hearing the names of mills and manufacturers which sounded magical and enticing. Glass in all its soft and vibrant colours and flowing shapes, even sixties glass which makes its own proud statement. A book I can immerse myself in. Meals with family or friends with lots of chat and laughter (and probably a bottle or two of wine). The occasional trip abroad to experience the sights, sounds, food, conversation, quality of light and warmth of other countries. To revel in differences and be amazed by similarities. I like to create and to experience, to try and to achieve. And then there are words – read, heard, written at my keyboard, or scrawled on sticky notes, or along the edges of dog-eared supermarket receipts excavated from the unexplored nooks of my handbag. What do I dislike? Cold Snow Bad design Fast food Condescension
View all posts by jingsandthings →
This entry was posted in Cooking and cook books and tagged F Marian McNeill, homemade bread, Mara, Meg Dods, Scottish Association of Marine Science, seaweed, The Seaweed Cage. Bookmark the permalink.

20 Responses to Weed wealth — from the sea