I live in a country with a climate described as temperate, but which can at times include the weather of all four seasons (plus a few more) within one day. The sun comes out, the temperature rises; the rain comes on, the temperature plummets. And that’s without the possibility of your exposed flesh being stung by hail, as if a thousand wasps were wreaking vengeance on you. Or perhaps a sudden and unseasonable snow shower chills you to the bone on a day you thought there was no risk of even a light spring shower. 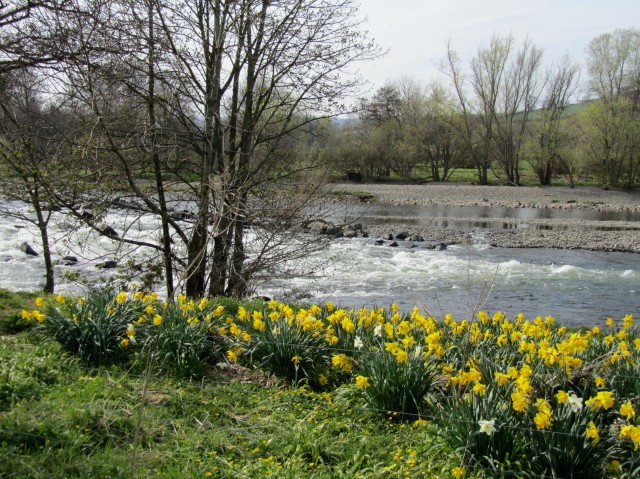 Daffodils, with a glow as golden as sunlight

So no wonder weather is a staple of conversation in this part of the world. Mind you, because it’s so changeable we’re never quite sure exactly what we want at any given time. I may think it’s too wet or too windy, too hot or too chilly, but the gardeners, the farmers, the environmentalists or someone will assure me it’s just what’s needed to make stuff grow, to dry the sodden ground, for giving the washing a good blow, or just for sneaking an hour on a deck chair with nose in a book.

Last week we suffered days of mist that stuffed itself around hills and buildings like a squashy feather cushion, and sent us back to rummaging for the winter woollies. The east coast of England suffered as well, and unlike many autumn mists, it failed to dissipate as the day progressed but remained stubbornly in place, hiding view and sun. Television news readers and weather forecasters rushed to tell us it was all down to wind coming from an unusual south-westerly direction, and carrying with it sand from the Sahara. The sand had absorbed pollution from fumes and exhausts while crossing the cities of mainland Europe, and dumped all on us as it squatted above Scotland’s south-east coast and the east coast of England.

With daffodils in full bloom, tulips hesitantly testing the weather, and many other garden plants and shrubs deciding the time was ripe for action, it was disappointing not to be able to enjoy them without feeling chilled. Spring and summer are all too short before, in what seems no time at all, we’re heading rapidly back to winter. 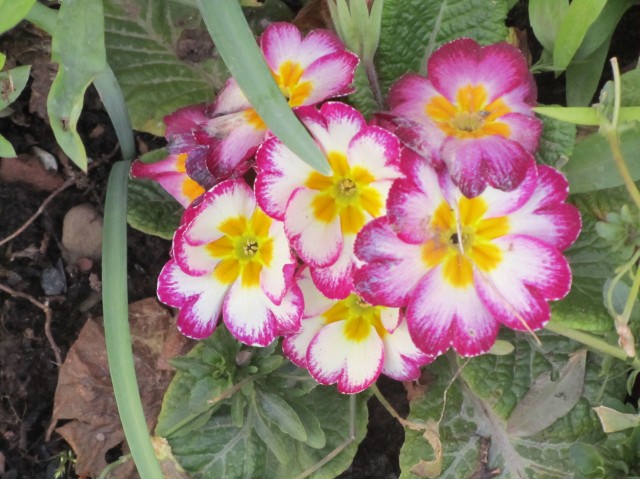 This focus on weather insinuates itself into other areas of life, including how we view people and events, as we attribute weather-related adjectives to describe faces, personalities and happenings either in a complimentary or derogatory way. It didn’t take me long to find examples of this obsession which, as an upside, provides enormously descriptive similes. 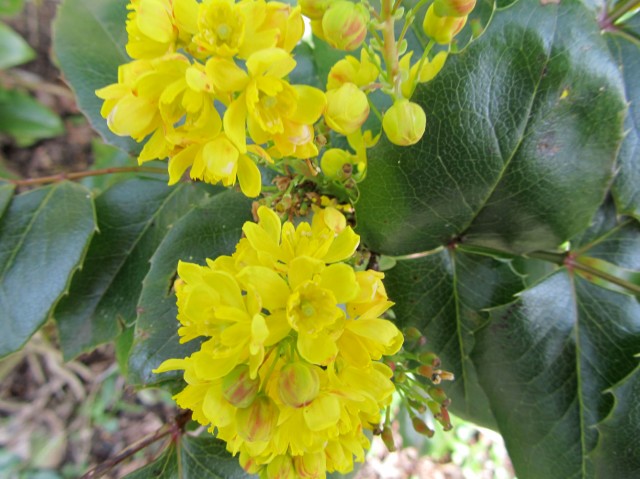 We refer to someone being as changeable as the weather, having a sunny disposition, a voice like thunder, tears like rain, a nippy attitude, eyes as blue as a summer’s day, the look of a drookit (drenched) rat, as cold as ice, eyes as bright as the day, face clouded over, like a lightening bolt, grey as mist, a smile like wintry sunshine, cheeks like rain-washed crags, shaking like a wind-swept leaf, impatient as the breeze, sulky as the weather. Fear is likened to the chill of an icy wind, anxiety to a dark, impenetrable cloud, confusion to a whirling flood.

Then there are the actions or events described as brief as sunset, as glittering as sunlight on a stream, as dry as desert dust, as invigorating as a sea breeze, like a cyclone, as faint as falling dew, melted like a spring frost, like sna’ off a dyke, like virgin snow, light as a snowflake, like a whirlwind, straws in a gust of wind, rushed like torrents from a mountain, white as driven snow, like a tempest, refreshed like dusty grass after a shower, soft as the south wind, reddened like angry skies, as cold as a winter sky after sunset, burst like a pent-up flood, as free as mountain winds. 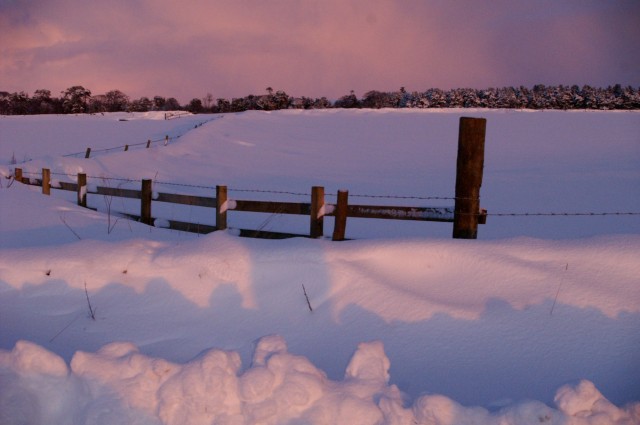 As cold as a winter sky after sunset.

These are only droplets in the torrent of descriptive terms used. I’m certain you could come up with many more, and invent a few new gems into the bargain.

Meanwhile, the mist here was eventually driven off by heavy rain. Yesterday was sunny but cool, and today is cloudy. As cloudy as…? Your chance to insert a descriptive word or phrase that paints a picture in the mind.

The result of this dreich weather is progress with my next book. Yesterday the files were uploaded to CreateSpace.

This morning brought confirmation they were suitable for printing, and I ordered a printed proof, post haste, for final checking.

Meantime on with the Kindle version and then a version for iBooks for which I need to do some travelling for photographs.

I am me. What do I like? Colour Shapes Textures Paintings, photographs, sculptures, woven tapestries, wonderful materials. The love of materials probably comes from my father who was a textile buyer, and I grew up hearing the names of mills and manufacturers which sounded magical and enticing. Glass in all its soft and vibrant colours and flowing shapes, even sixties glass which makes its own proud statement. A book I can immerse myself in. Meals with family or friends with lots of chat and laughter (and probably a bottle or two of wine). The occasional trip abroad to experience the sights, sounds, food, conversation, quality of light and warmth of other countries. To revel in differences and be amazed by similarities. I like to create and to experience, to try and to achieve. And then there are words – read, heard, written at my keyboard, or scrawled on sticky notes, or along the edges of dog-eared supermarket receipts excavated from the unexplored nooks of my handbag. What do I dislike? Cold Snow Bad design Fast food Condescension
View all posts by jingsandthings →
This entry was posted in The environment and tagged daffodils, Dorothy Bruce, mist, The Seaweed Cage, weather. Bookmark the permalink.

13 Responses to As changeable as…